Our next book hits shelves this summer! Pre-order Taste Buds in Harmony 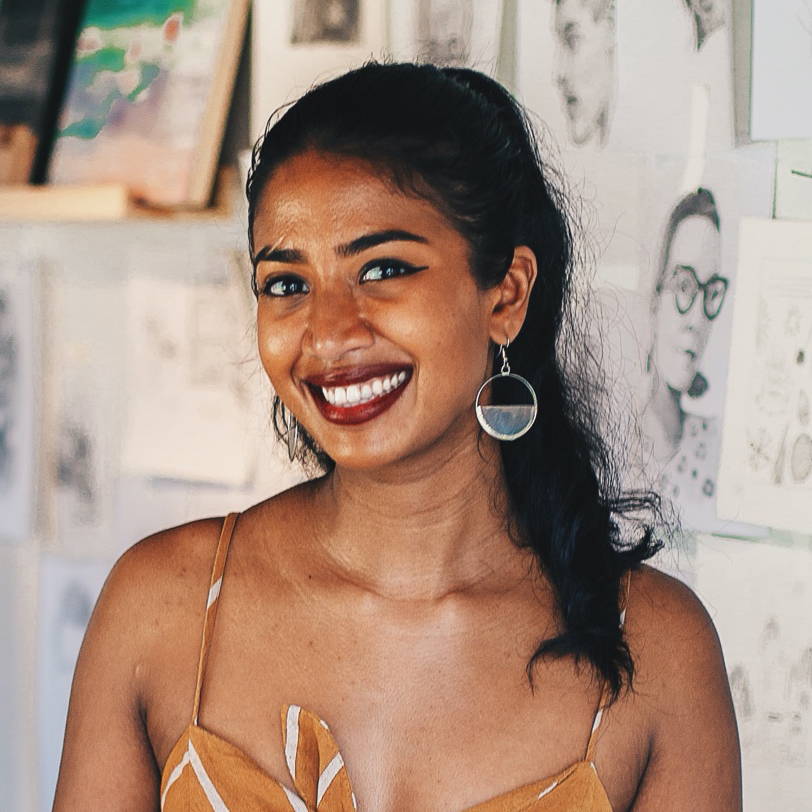 Co-Founder + Author
The former sommelier at acclaimed New York City restaurant Le Bernardin, Sarah Thomas is now the co-founder and Chief Imaginator at Kalamata’s Kitchen, where she brings together her lifelong passions for both food and books. The daughter of two south Indian immigrants, Sarah grew up in the rural town of Somerset, Pennsylvania, and was surrounded by food from a young age. Her parents very much kept their Indian culture alive through the food they cooked, and Sarah would spend summers in Kerala visiting her grandparents, forming some of her earliest food memories. Sarah’s love for food is what eventually led her to the hospitality industry, and after working at various bars in Pittsburgh, where she lived at the time, she obtained the prestigious Advanced Sommelier certification. Along with food, books also played a special role in Sarah’s upbringing. Like many first generation kids, Sarah grew up with what she felt were two conflicting identities, with her strong Indian heritage seeming to contrast against the mostly white rural town where she lived, and books became a way for her to escape into another world. Through her storytelling work with Kalamata’s Kitchen, Sarah hopes to create a confident character that other children of color can see themselves in, while also encouraging all kids to look at different foods and cultures with a sense of curiosity and compassion.